Almeria next up after positive test for TYCO BMW at Cartagena 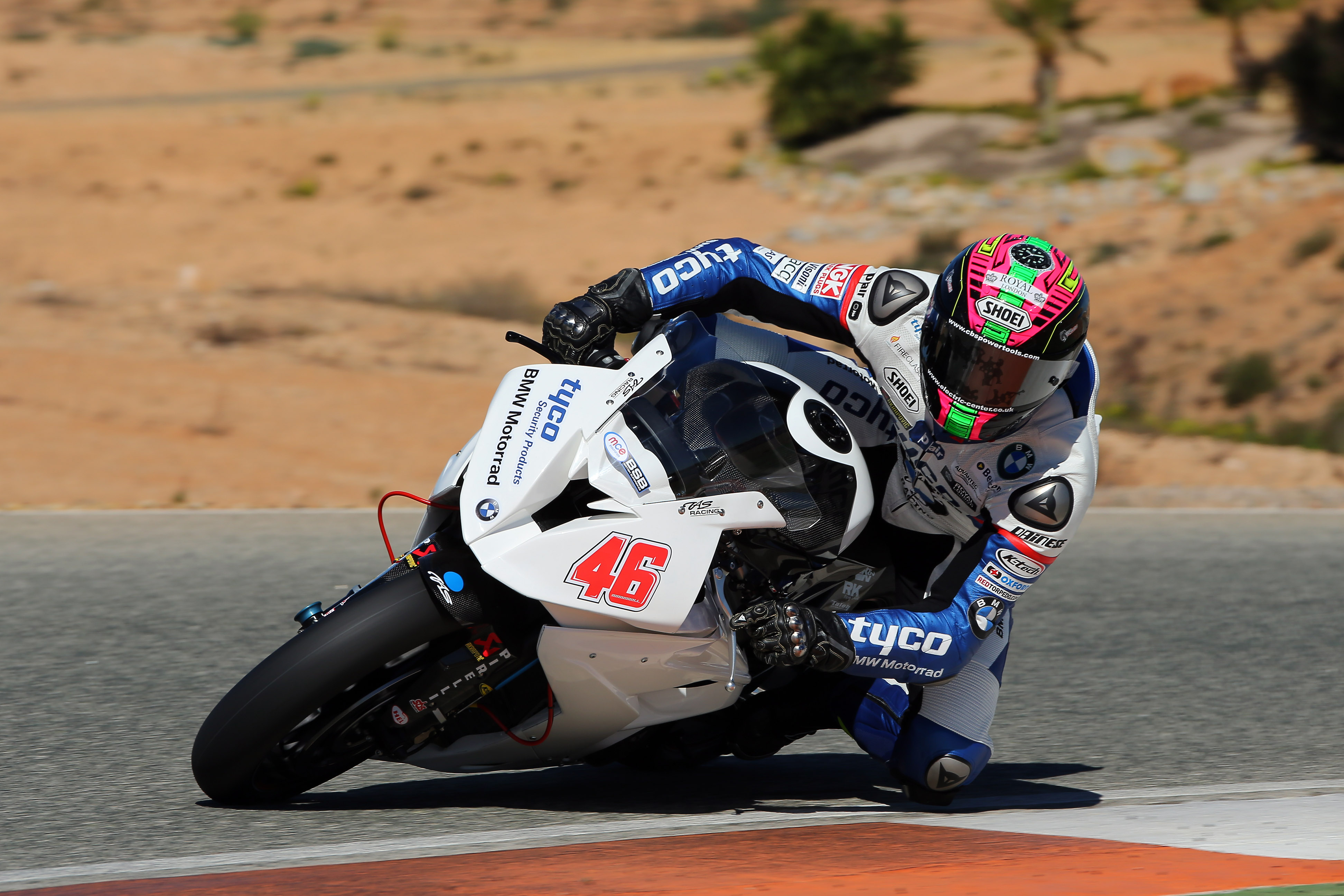 Following on from a productive four-day test at Cartagena, the Tyco BMW team will now take in the official BMW Motorrad test camp at Almeria in Spain for the next three days [today through to Wednesday].

The team’s road racers William Dunlop and Guy Martin will join their British championship counterparts Michael Laverty, Tommy Bridewell and Alastair Seeley at the Andalusian venue in the south east of Spain.

Recounting their four days at Cartagena, the team’s British Superbike riders said of the opening test of 2015…

Michael Laverty: “I’m quite happy with what we achieved over the four days at Cartagena, and we leave there with a good understanding of the new BMW Motorrad S 1000 RR after testing various parts and setting options.

“We also have a clear direction on what we need to do to make the next step, so things are positive in the Tyco BMW camp. Our consistent pace is already in the ballpark and we plan to work on improving that even further this week in Almeria.

Tommy Bridewell: “We had a good four days at Cartagena and after a lot of hard work all round by the team, we ended the test feeling better for sure. I went consistently faster on each day of the test but tried to keep a clear focus that we were there for a shakedown on the new bikes, with lap times not being the ultimate goal. In saying that, we were well within the ballpark.

“I have a much better understanding of the bike now and I move on to Almeria satisfied, as our best results came on used tyres during a longer stint at Cartagena. We made more progress than we probably expected, but as a racer you always want that little bit more.”

Alastair Seeley: “I had a little slip off on the final day but overall the Cartagena test was all about acclimatising myself with a 1000cc machine again and I think we achieved that. My initial thoughts on the BMW Motorrad package, is that it is very impressive. There’s certainly no lack of grunt on the new bike. We just need to work over the next few days and the tests leading up to the first round, on optimising the electronics to suit my style, but I have every confidence in the team and the package we are working with.”

Team manager Philip Neill concluded: “After four days testing at Cartagena we have learned a lot about the new BMW S 1000 RR, which is exactly what we had hoped for. Each of our riders progressed over the four days and with everything considered, the positives considerably outweighed the negatives. This is fantastic, as teething problems with a completely new package can easily disrupt shakedown tests and our crew have ensured we didn’t encounter any major problems.

“Four uninterrupted days a one circuit is quite a lot for any rider, so it will be great to let the S 1000 RR use its full potential around the more flowing Almeria circuit this week.

“Overall I am extremely pleased with the outcome from Cartagena, as we have changed manufacturer and taken onboard the specifics of a brand new model in just over three months. That in itself is pleasing and to arrive with the new BMW S 1000 RR running at the sharp end, is testament to the efforts of our Tyco BMW crew members and all of our partners and product suppliers. So a big thanks to everyone involved.”