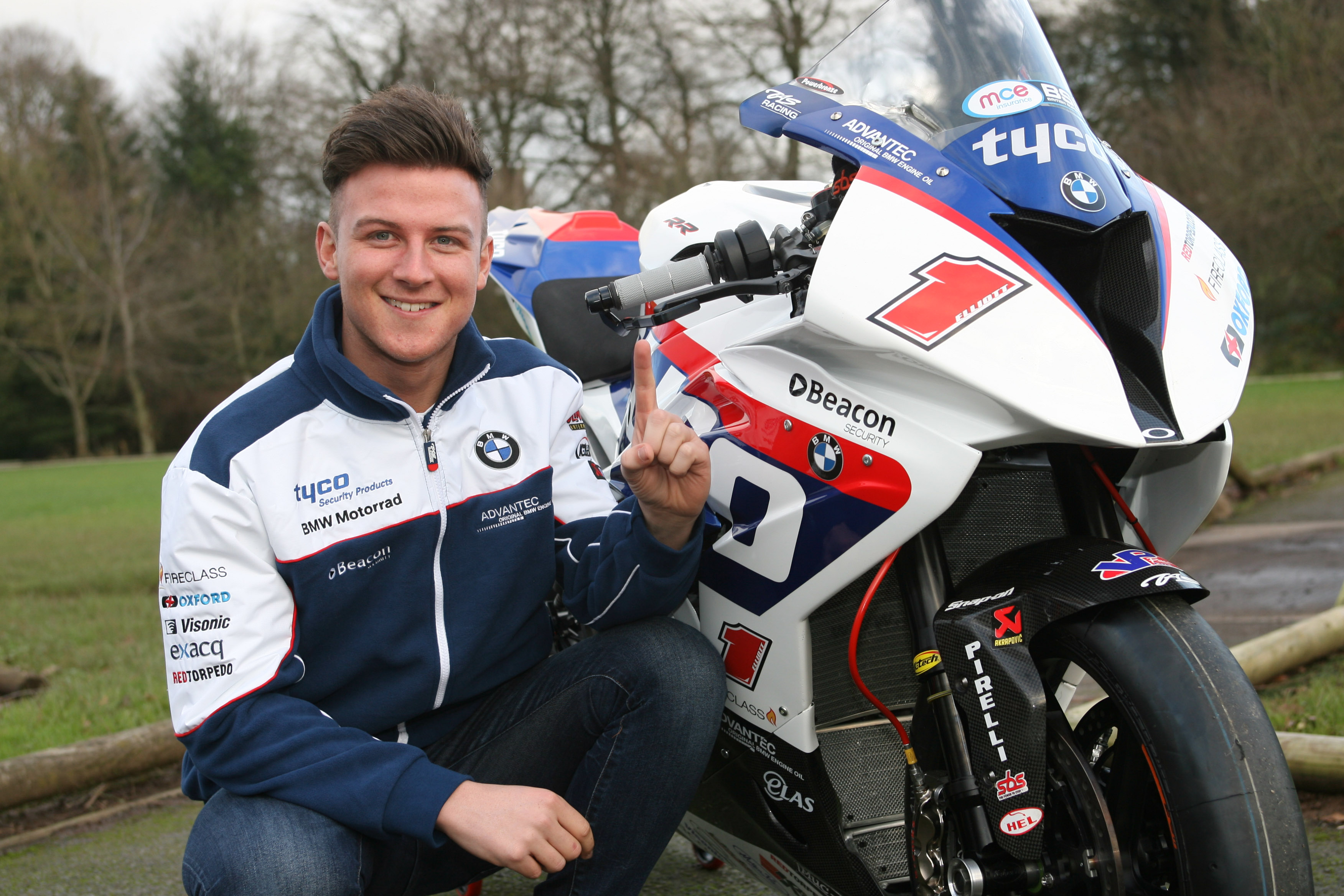 Tyco BMW has secured the services of newly crowned British 1000cc Superstock champion Josh Elliott for 2016. The 21-year-old Ulsterman will defend his title on a TAS Racing prepared Tyco BMW S 1000 RR. This is all part of the new directive at the Moneymore based team, investing in young talent with the support of team partners BMW Motorrad and Tyco Security Products.

Josh Elliott: “I’m over the moon to be joining Tyco BMW for next season, especially after getting to see the strength of the BMW S 1000 RR package first hand this season battling with Alastair [Seeley]. Even though I won the championship this year, I was constantly thinking to myself, ‘what more could I have achieved on the Tyco BMW package’ as I felt I had to ride that extra bit harder to deliver results.

“I do believe in my own ability and I’m itching to get going now. The TAS Racing team has a lot of history and I’ve always looked up to them over the years being from Northern Ireland, so to now be part of the set up is just fantastic.”

Philip Neill – Team Manager: “We are very pleased to welcome Josh into our team for 2016. His pedigree shone through this year and we got to see it first hand battling with him for the championship, so we are now eager to see how he performs on the Tyco BMW S 1000 RR.

“Whilst our main priority is to win the British Superbike title, everyone involved with Tyco BMW was particularly keen to invest in some young talent in 2016. Taking that into consideration, we really do see Josh as a future Superbike star, but look forward to helping him defend his Superstock 1000cc title with the coveted number 1 plate on the Tyco BMW next season.”